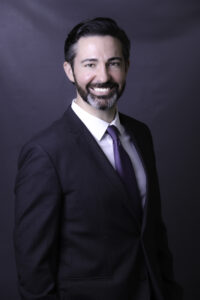 William Zachary Powell (“Zach”) grew up in Carrollton, TX, a suburb of Dallas.  Zach attended Texas A&M University in College Station, TX, where he received a Bachelor of Science Degree in 2006.  While at Texas A&M, Zach was a member of the following academic honor societies: Pi Gamma Mu, Pi Sigma Alpha, and Phi Alpha Theta.

Upon graduation from Texas A&M, Zach began attending South Texas College of Law in Houston, TX in 2007.  While there, Zach was selected to participate in a study abroad program at Cambridge University in England, in which he studied courses in international comparative law.  Zach graduated from South Texas College of Law with a J.D. in May, 2010, and joined Sowell, Alvares & Walls, PLLC in July 2010.

Zach is authorized to practice in any Court in the State of Texas.  In his free time, Zach enjoys traveling, golfing, exercising and spending time with family.